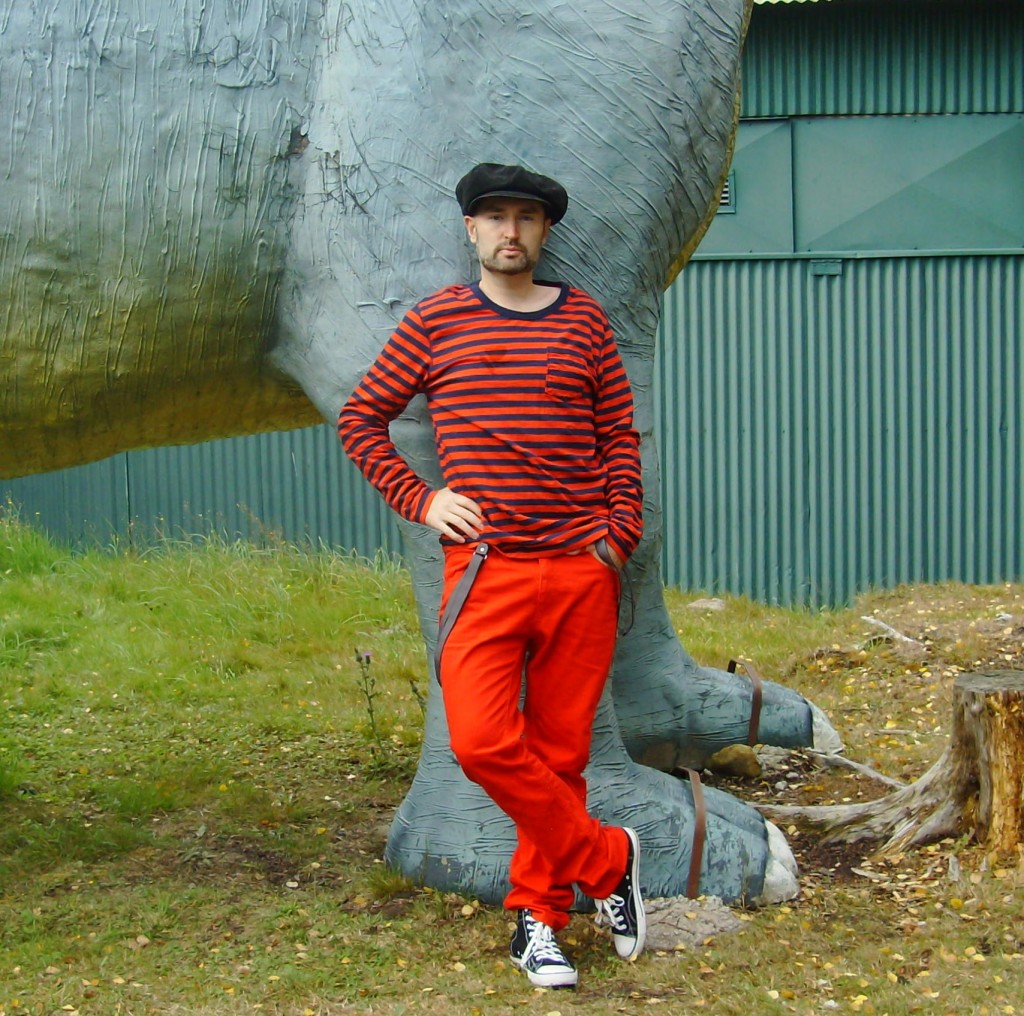 I’ve added a page here on the website about my music for kids. At first I didn’t really want to talk about my work with music for children for the Orphan Songs fans. I felt I didn’t want to scare people off by promoting an album most of your wouldn’t really have any interest in. But as I am integrating all my different creations more and more and it feels natural to make cross references between my different projects. I won’t bug you about it though, but I want you to get a chance to get the album for free.

Right now, if you go on to the Daddy Donut website you can download the album for free by subscribing to the newsletter.

It’s really great working with kids, making music, videos and shows. It may look as if Daddy Donut is stealing time from Orphan Songs, but that’s not really true. As Dinosaur Songs is turning into such a success I hope it will enable me to focus more on Orphan Songs in the future. And right now I’m just one song away from finishing the new OS album.

Once a week, I get together with my friend and fellow musician Martin Johansson a.k.a. Anikee. We don’t have a rehearsal room so we usually meet at my summer cabin. There is no heat this time of year so we have to squezee into the smallest room and turn on the fan to get the temperature up. Then, for a couple of hours, it’s all about red wine, guitars and voices in the flickering candle light. For the last couple of months we have been preparing five songs each to eventually record an acoustic album. This clip is a song of Martin’s called “No serenity”. The video was recorded with Martin’s Iphone. I think it turned out pretty good. More videos to come.

I have completed three songs in in the first week of ”February Album Writing Month”. That means I’m a bit behind the FAWM schedule. But hey, having written and recorded three new songs in 7 days is pretty amazing – at least for me. I’ve always considered mysef rather slow in the studio so for me this is somewhat of a revolution. At least I am on my way – which by the way is the title of the second song.

Today I uploaded the third song called ”The dying voice”. It’s softer and more more dramatic than the first two songs. I took my time recording this one as I felt I needed to get the mood right. Also, I tend to work harder on songs that I really like –  and for some reason this one is special to me.

Tomorrow I’m off to Stockholm for the weekend and I won’t be able to record anything until next week. I guess this means I will fall even further behind. But I already have three new songs in the making that just need some lyrics and arrangements. Hopefully I’ll be able to catch up next week. Worst case scenario is that I have to record some of the songs with just guitar and voice and don’t put so much time and effort into arrangements and production. Writing the songs shouldn’t be a problem. Songs come easy to me.

Well, that’s it for now. I can’t sit here writing about writing songs, I have to get back to writing… and recording.

Okay, is the wildest challenge I have ever given myself. I am going write 15 new songs before the end of February. I am also going to try and record all the songs to make an album.

Last week I got an email from a musician in Finland who spoke of something called FAWM – February Album Writing Month. Here is what it says on the website:

“You can’t wait for inspiration. You have to go after it with a club.” — Jack London

If it is inspiration you are after, then FAWM is your club. Each February, this website forges a collaborative community of thousands of musicians worldwide, from all walks and skill levels. We take on the challenge of writing an album’s worth of new music in the shortest month of the year.

At first I thought it was absolutely crazy, but after a few days I changed my mind and felt this was so brilliant I couldn’t miss it. My problem is that I write too many songs and record too few of them. There is an ever increasing gap between the number of song written and the number of songs recorded. So if I was going to do this FAWM thing should also record every new song and release them all as a concept album asap after the challenge is completed.

I started off and wrote my first song of the month on January 1st. It is called “Unhide your love” and the lyric speaks for itself. I recorded it in a few hours time and did a rough mix yesterday. I’ve added another jukebox here on the website where you can listen. I will add all new songs as we go along.

To spice up the deal further, I have challanged my friend and fellow musician Martin Johansson (Anikee) to join FAWM as well. We’ve decided to go to the Hultsfred music festival this summer if we make it. But if one of us should fail to complete the challenge, he would have to pay for everything…